This is an expanded answer to a Quora question that I posted on August 6, 2017

Machine Zone (MZ) describes its new “RTplatform” as capable of “high-fanout” and “many-to-many” apps. What are the use cases for this?

I wrote a blogpost about 1 1/2 year ago valuing MZ. At the end, I suggested a few use cases that would benefit from the low latency of their platform. With the passage of time, there is a lot of talk about how the IoT requires a new computing paradigm called edge computing. I now am thinking about how MZ’s publish-subscribe, many-to-many platform could be used as a “first alert” messaging platform at the edge. Servers would be called only in cases of a need for higher order compute functions and storage.

The obvious use case for MZ’s platform would be v2x middleware for the era of autonomous cars. Another use case would be a IoT to IoT “first alert” message of a computer virus akin to what Tanium has developed.

Also, moving 400 billion or so daily events connected with RTB ad exchanges to the edge by conducting individual ad impression auctions within a Docker located on the device.

Also, many-to-many AR games placed via Bluetooth at the edge without calls to the server.

MZ’s has contracted with Switch, an innovative data center provider based in Las Vegas, to house thousands of MZ -owned servers with FPGA’s optimized for its Erlang-written publish-subscribe platforms.

Switch has recently announced  “The MOD 100…for a rapidly deployable, single user environment that can be extended to nearly any location around the globe. The MOD 100 data center can be customized to fit on premise, at the edge or in a dense urban environment on a parcel as small as 400 feet by 400 feet.”

MZ has recently entered the AdTech business with an omnichannel, demand-side stack featuring RTB for display ad impressions. We could see them leverage their relation with Switch and growing expertise in rapid-response, FPGA servers.  One way would be to enter AdTech from the supply-side via an edge CDN featuring 1,000 of MOD 100’s full of video ads and connected to auctions via MZ’s publish-subscribe platform.

Below is a picture of Switch’s SUPERNAP 8 data center outside Las Vegas: 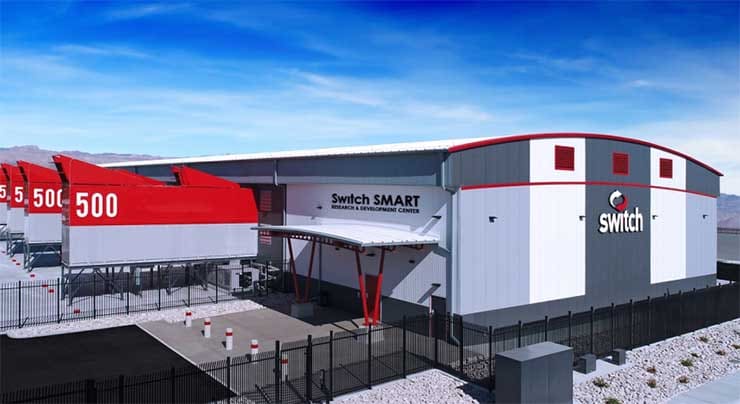