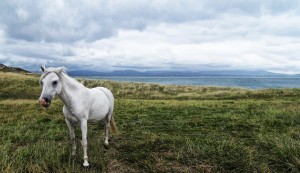 “.. a real-time mobile massively-multiplayer online game and parallel chat-speak translation application that translates over 40 languages for its players in real-time, connecting game players around the globe at the same time in a single virtual universe.”

A New York Times reviewer of Game of War’s said:

“The game’s most impressive feature is an instantaneous translation of text-based online chat. If someone writes “MDR” in French (for “mort de rire,” or “dying of laughter”), an English-speaking player sees it as “LOL.”

Game of War is MZ’s only published game to date. We have estimated (see below) MZ’s current annualized revenue run rate at $1.1 Billion based on that game alone. At a valuation multiple of 2.5x, half way between publicly held mobile game companies Glu Mobile and Zynga, we place MZ current valuation at $2.75 Billion.

This is a conservative valuation. According to its CEO Gabriel Leydon, there is third party interest in licensing it real-time chat translation engine. We believe that this technology would be a valuable addition to the likes of Facebook’s WhatsApp and/or Slack.

Yet, Machine Zone cannot be found on any so-called Unicorn lists — startups with $1+ Billion valuations like the one Fortune Magazine recently published. To qualify for such lists, a company must be mentioned in the press as receiving a round of venture capital and a whispered valuation of $1+ Billion.

No matter if the funding and valuation came with “liquidation preferences” that would limit any loss in the investment and skew the implied valuation upward.

No matter if a company like Machine Zone is so profitable early on that it does has not needed any venture capital since a Series B round years ago.

Specifically, CrunchBase reports a total of $13.3 Million in VC funding for MZ, with the last round being a Series B done a full three years ago.VentureBeat reported a total of $16 Million so there could be some $3 Million in angel money not captured by CrunchBase.

At a $2.5 Billion valuation, the VC return would be 156x. MZ’s return compares favorably to the 100x return that VC’s looks for every couple of years to make up for all of the other failed investments in their portfolios.

Machine Zone’s exclusion is not only perverse, it is ironic. Unlike other Unicorns, the public has access to mobile game company “cash register” data supplied for free by analytics companies like App Annie or Think Gaming who record “freemium” game in-app purchases bought through iOS Apple Store or Google Play. Anyone interested in tech would love access to “cash register” trend data of other Unicorns like Uber, Airbnb and Dropbox.