The order book is a market design for the exchange of goods and assets.  It dates back to the European coffee houses of the late 1600s.  In London, Jonathan’s Coffee House was a significant meeting place for traders in London in the 1700s. It later became the site of the first London Stock Exchange.

In the late 1700s, in what later became known as New York City, Dutch traders met at a Buttonwood tree in lower Manhattan island to buy and sell goods coming into the port.   Now know as Wall Street, this location became the center of financial asset exchange in the United States.

Until the 1970s, stock exchanges were characterized by a market design involving traders gathering around pits with specialists manually matching bids and asks in paper order books (see below). 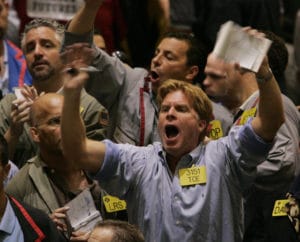 The great financial economist Fisher Black wrote a prophetic article in 1971 called “Toward A Fully Automatic Stock Exchange”   where he laid out the implications of the coming automation of the manual order book.  He speculated on what the computerization of the order book would mean for bidding mechanisms, liquidity and overall stock market efficiency.

We recall the mindless carry over of the 80 character line limit established by IBM for punch cards in the 1920s to cathode ray tube (CRT) terminals in the 1970s.

There is a whole host of other instances of mindless carry over of designs when the technology changes.  One notable example is the organization of the factory floor after the conversion of machine power from a centralized shaft driven by water to decentralized electric power.

This change demands a rethinking of the appropriateness of the centralized client-server order book market design in a crypto-economic platform. 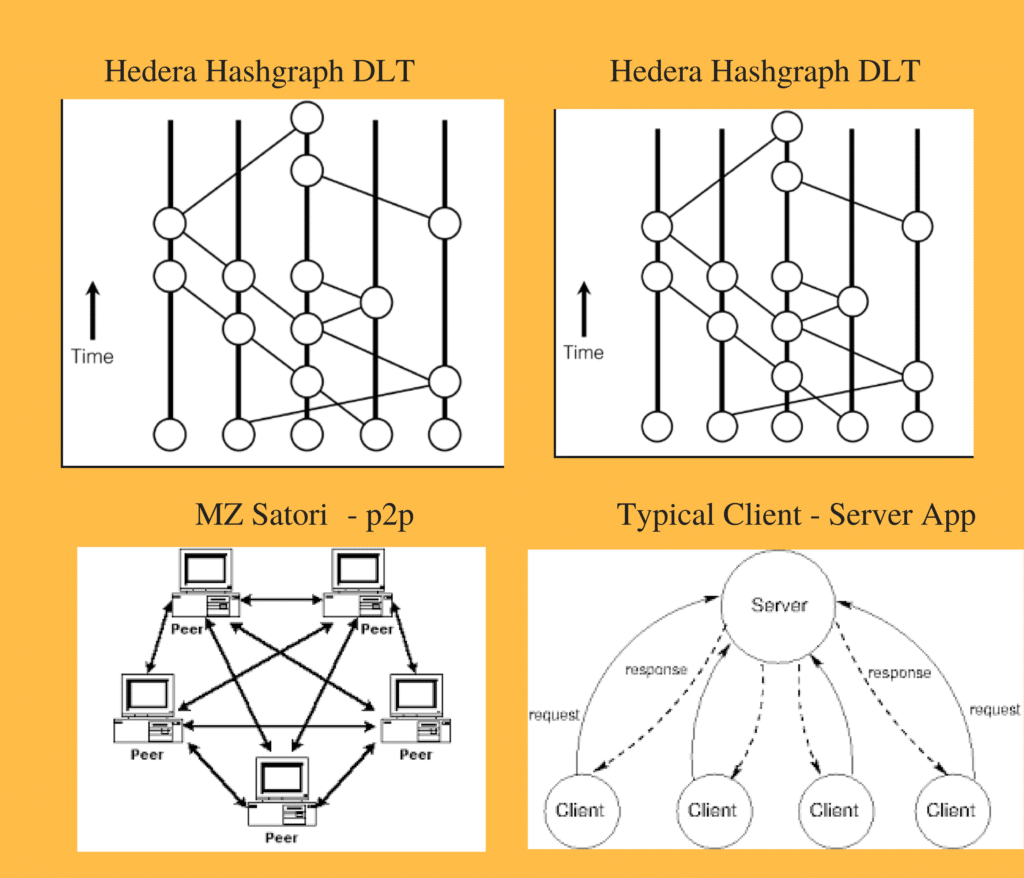 The trend away from client server architecture is driven by a need to do more raw compute “at the edge” before sending data to the server for storage and higher order analytics.  This is known as “edge computing.”  The use cases for edge computing are Internet of Things (IoT) and autonomous vehicle-to-device (V2X) communication.

The trend away from client server architecture is also driven by the tremendous interest in Bitcoin, Blockchain and Ethereum.  Interest in crypto could be the start of a paradigm shift away client server financial intermediaries earning opaque rents and toward decentralized, trustless p2p protocols for validating and accounting for the exchange of financial assets.

The thesis of this paper is that the time is now to consider a transaction layer with a true decentralized market design.

We believe that publish-subscribe will be the leading protocol of the transaction layer as it has already been deployed at scale an the platform behind several MMO games (from MZ) and chat platforms (WhatApp from Facebook, WeChat from TenCent).

Hadera Hashgraph’s DLT stats — 500,000 transactions per second with 100% consensus based on a “gossip of gossip protocol” and a consensus latency of 3.5 seconds.

Eric Budish, The Design of Financial Exchange, Some Open Questions at the Intersection of Econ and CS.  Simons Institute of Computing UCB, November 2015 https://www.youtube.com/watch?v=Rilv2AJ1TWM

Albert “Pete” Kyle, “The Changing Nature of Trading Markets”, U of Maryland Conference,  May 2017 https://www.rhsmith.umd.edu/files/Documents/Centers/CFP/2017/kyle.pdf